Relationships started on a lie are a lie.

We watch on TV where people pretend to be someone else in order to “win” a person over. Doing insane things they don’t like all for the sake of being who the other person wants them to be. But here is the problem with that: lies built on lies are like the foolish man in Matthew 7:24-27 who built his house on sand only to watch it be swept away. His foundation was non-existent because he thought knowing the truth was good enough. He never put Jesus in practice. The foundation was all wrong.

Having a life that is Complete in Christ is one built on solid ground. Being catfished is not something MTV discovered about humans. Catfished is when a person lures another person into a relationship based on false pretense.  In Genesis 27, Jacob, prodded by Rebekah, “catfished” Esau to fall for one of the biggest switch-a-roos found in scripture. Esau’s stolen blessing is no different than the online profile that shows only a close-up face view and loosely describes the left out parts.

Living a fake life is an easy trap to fall into. One can have a work persona and and act totally  different during life outside the office. Do you know someone that has different lives and different dating styles depending on who the person is looking to “catch”? Dual lives may seem to work for a short period of time, but over the long haul cracks will begin to show. The charade of faces becomes too hard to maintain and eventually the true person, not the one portrayed to others, is revealed.

“Be careful to live properly among your unbelieving neighbors. Then even if they accuse you of doing wrong, they will see your honorable behavior, and they will give honor to God when he judges the world.”

When a person has many lives, they are inconsistent and their walk with the Lord suffers. As Believers, others should be able to find no fault in you because of your honorable and consistent behavior. Catfishing another person only leads to disaster.

Be you. All the time. Never catfish again.

Complete in Christ Dating Online Dating Trust
Catfished Relationships2015-05-042016-04-05https://www.tfoministries.org/wp-content/uploads/2016/02/TFO-Table-for-One-Ministries-Ministry-for-Singles-and-Leaders-to-Singles-150x50-Main-Logo-White-Letters-333333-Background-1.jpgTable for One Ministries: Ministry for Singles and Leaders to Singleshttps://tfoministries.org/wp-content/uploads/2015/05/Copy-of-TFO-Table-for-One-Ministries-Ministry-for-Singles-and-Leaders-to-Singles-Catfished-Relationships.jpg200px200px
About
Table for One Ministries
Building Community for Single Adults Through Discipleship. 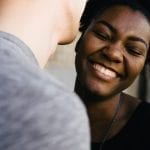 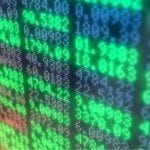 Dating by the NumbersDating
X
X