Do you date outside your political views?

The current hostile political environment in America can affect dating relationships. We’ve heard stories of first dates asking what political party their potential mate is affiliated with. Christians in America are guilty of making a person’s political allegiances dictate their relationship interactions. For that matter, so are non-Believers.

When politics is added to dating, it becomes an even more high stakes game of selecting a life partner.

If you choose to date, politics can matter.

However, that does not mean you cannot date outside of your political party. Political camps have their own values and core issues they tend to address. These are something a person agrees with when they align with a party. However, their political affiliation does not entirely define who they are as an individual. Very rarely do people agree 100% with a political party. Political parties are simply too large an organization with an ever-changing agenda. And, it may be that a person selects a party based off one issue dear to them and that important value drives their political selection.

So which party is the correct one?

We are a 501c3, meaning we do not and never will endorse a political party. Regardless of this legal restriction, we would not favor one political party, because we select something even more important.

We select God’s Word as our allegiance.

The correct choice has always been and will always be to follow God’s Word. Both major parties in America have Biblical stances. Yet, both have views that are not found in Scripture or even mentioned in God’s Word. Instead of having a political conversation in a dating relationship, the better conversation is how each of you align with God’s Word.

God’s Word is the Final Word.

We know happy couples that vote opposite parties in every election, some married for decades. Some choose to make it an issue of debate, while others eliminate political talk altogether to avoid confrontation. The happy medium in political issues is to seek God’s Word first and have the common ground that God’s Word is the final authority on all issues. The Bible may not directly speak to every political situation, but its values certainly gives guidance to all situations.

Politics and dating can be an issue in some relationships. The importance should be placed on being equally yoked with one another.

“ Do not be yoked together with unbelievers. For what do righteousness and wickedness

have in common? Or what fellowship can light have with darkness?”

It boils down to the common factor of having fellowship with one another in Christ as the foundation for all other relationships. Being joined in spiritual community is vital to select a person to date and perhaps even marry.

There are several factors to consider when dating, but one thing is certain–do not date based on political allegiance.

Date based on spiritual allegiance to Christ.

Dating Faith Friendships Godly Dating Politics Single
Politics and Dating2015-02-232016-04-03https://www.tfoministries.org/wp-content/uploads/2016/02/TFO-Table-for-One-Ministries-Ministry-for-Singles-and-Leaders-to-Singles-150x50-Main-Logo-White-Letters-333333-Background-1.jpgTable for One Ministries: Ministry for Singles and Leaders to Singleshttps://tfoministries.org/wp-content/uploads/2015/02/Copy-of-TFO-Table-for-One-Ministries-Ministry-for-Singles-and-Leaders-to-Singles-Politics-and-Dating.jpg200px200px
About
Table for One Ministries
Building Community for Single Adults Through Discipleship. 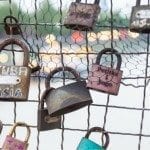 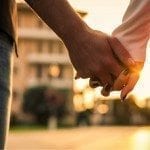