Without guidance, people fall, but with many counselors there is deliverance. Proverbs 11:14

What a strange place to be right now for an evangelical. There was a time when the world made sense, when everyone, at least everyone I knew, voted Republican. We voted that way because that was the party that stood for the things we cared about. Things like being pro-life, protecting religious liberty, and promoting conservative values. We could, for the most part, agree upon the issues and the candidate that most reflected our values. There was a unity, or at least a majority, in our voting.

But then came 2016 and Donald Trump and all of that assuredness flew out the window! Actually, for some it may have started prior to Trump. Whenever it started, now things are complicated. Now decisions are messy and, along with it, the unity that we once had appears to be all but gone.

Never-Trump evangelicals accuse Pro-Trump and even Reluctant-Trump evangelicals of being motivated by fear and/or hatred to vote for a man who has no moral bearing. Or being idolaters who would sell out their moral credibility to push for an agenda.

Pro-Trump and Reluctant-Trump Evangelicals accuse Never-Trump evangelicals of acting like Pharisees and demonstrating hypocrisy. They argue that no one is perfect and therefore we have to vote for the platform, and besides the alternative is just too horrible to allow it to happen.

The arguments fly back and forth. Posting article after article, tweet after tweet, position, counter position. And you know what? I think that, for the most part, it’s a good thing as long as we don’t allow it to form a wedge between us. I hope that the watching world can see us an example of brothers with differing opinions. A peculiar people that don’t shrink from disagreements, but a people, who through living in community and sharing opinions, can sharpen one another.

Many people will preach that Christians should always be unified, but throughout history that has rarely been the case. Even the early church encountered disagreements on multiple occasions. The book of Acts records many of these disagreements. The leaders of the early church had a problem with the way the gospel was being spread to the Gentiles. They had some real issues with both Peter and Paul, but they worked it out through listening to each other and addressing each other’s concerns, not by censuring all opposing views. Later Paul would disagree with both Peter and Barnabas but they worked it out each time.

I know that reading opposing views and sparring with my fellow Christians has made me introspective on more than one occasion. We can’t afford to live in a world where there is only one opinion, where all think alike. How will we even know if we are correct in our thinking if no one is there to challenge us?

The culture today cries out for “safe spaces” and cringes at trigger words. We feel insulted and belittled if someone challenges our beliefs or philosophies. But we need to hear a differing view. A “safe space” may separate us from feeling uncomfortable, but it won’t help us grow, it won’t help us to refine our position or our beliefs.

Of course, the most important thing is that we don’t allow our differences to tear us apart, that we don’t take it personally that someone might have a different opinion than us. Instead we should listen to others, consider their position and evaluate it against ours. This process will make us stronger, it will sharpen our minds, it might even cause us to reevaluate or change our thoughts.
Would you rather be delusional in your rightness or actually right? Would you rather argue from a position of strength, having considered all the sides of a position, or just comfortably naive in your positions?

So, let’s state our positions with respect, love, and concern for those who disagree with us. Let’s not resort to name calling and character assassinations. Let’s listen to opposing views with a desire to understand and evaluate, not with a closed mind. It’s the only way we can grow in our perspectives and sharpen our minds.

So listen and state your opinions with honor and respect. And remember, at least we aren’t as wrong as the evangelicals who will vote for Hillary right? 😉

Church Commitment Culture Leaders Politics
It’s ok if you’re wrong2016-10-242018-02-17https://www.tfoministries.org/wp-content/uploads/2016/02/TFO-Table-for-One-Ministries-Ministry-for-Singles-and-Leaders-to-Singles-150x50-Main-Logo-White-Letters-333333-Background-1.jpgTable for One Ministries: Ministry for Singles and Leaders to Singleshttps://tfoministries.org/wp-content/uploads/2016/10/table-for-one-ministries-ministry-for-singles-and-leaders-to-singles-blog-its-ok-if-youre-wrong.jpg200px200px
About
James Brown 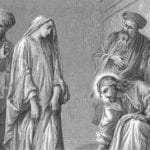 This is not a political post telling you who to vote for or who not to vote for!Leaders to Singles, Singles 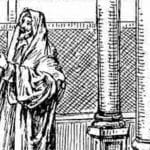