As late winter exerts its seasonal charms (whether, in your region, that means snow turning to dirty slush, or dismal, chilling rain, or a cheery snot-fostering burst of early pollen…) our society arranged a trite holiday celebrating infatuation, and requiring (as all holidays do) an outlay of precious cash for proper observance. We’re conditioned to it early, from compulsory participation during most boys’ formative “I hate girls!” stage in elementary school; Valentine’s Day is Something You Have To Do. More particularly, it is Something You Have To Do So That Nobody’s Feelings Get Hurt. That, too, is reinforced in the elementary school classroom, where everyone has to give everyone else a valentine–or else!

Naturally, once freed from the classroom and out in the world, the hearts of the young and single on this special day, turn lightly to thoughts of self-pity, anxiety, and that special sort of wishful thinking that easily degenerates into resentment. “Does anyone care about me? Am I sending the right messages to anyone I care about? Would spending more money help?

Whose idea was this horrible annual ritual, anyway? Is there someone I can sue?”

Since the historical St. Valentine’s connection to romantic love is far from clear, it surely wasn’t HIS idea. Some suspect church officials trying to replace a previous pagan festival, “Lupercalia”, which involved sacrificing goats and running around naked. (I would apologize to the Pagan-American Community for perpetuating stereotypes, but it so happens that Lupercalia involved precisely those behaviors.) In any case, it was probably a rather pleasant festival until modern advertisers got hold of it and began carefully shaping our anxieties so that they could subtly suggest spending money to assuage them.

The earliest commercially printed Valentine cards appeared in Victorian England. In those times, however, things which were commercially produced were considered a bit impersonal for the expression of affection. Instead, the Comic Valentine became popular. These ancestors of the grade-school mass-produced Valentine seem more appropriate, today, to April Fools’ day, rather than to February 14. A typical example has a gorilla in a bonnet, with the legend “One Of Your Ancestors”; another one shows a leering rogue declaring “It is your pocket full of cash that I would wed, my beauty!”

Comic Valentines mocked their recipients soundly, with insulting caricatures and verses; a casual examination of these barbed little taunts might well lead to a feeling of gratitude that whatever February 14 brings, it won’t be a postman trudging along to hand=deliver an insult. Yet, contrarian that I am, I can’t help but thinking the Victorians might have been on to something. “Faithful are the wounds of a friend,” says the Proverb, “but the kisses of an enemy are deceitful.” Would you rather receive an insincere insult–or an insincere compliment?

Whether flirting or just commiserating with friends on Valentine’s Day, you might do better to regard the commercial pressure of the holiday with the cynicism it deserves–and restore a little of the playfulness that made Valentine’s a whimsical relief from the dreary last days of winter. And in the end the seasons always do that–one more reason not to let this one get you do.

Culture Envy Holiday Loneliness Single Struggles
Curmudgeons Corner Valentine’s Day2012-02-142016-03-10https://www.tfoministries.org/wp-content/uploads/2016/02/TFO-Table-for-One-Ministries-Ministry-for-Singles-and-Leaders-to-Singles-150x50-Main-Logo-White-Letters-333333-Background-1.jpgTable for One Ministries: Ministry for Singles and Leaders to Singleshttps://tfoministries.org/wp-content/uploads/2016/03/TFO-Table-for-One-Ministries-Ministry-for-Singles-and-Leaders-to-Singles-Blog-Curmudgeons-Corner-Valentines-Day.jpg200px200px
About
Joe Long
Joe Long is a crusty curmudgeon who has been searching diligently for an app to download, to make his Kindle Fire smell like a mildewed century-cold hardback book. He is a Presbyterian deacon who considers Puddleglum of Narnia a personal and theological role model. 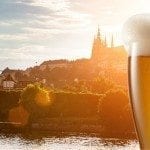 A Beer with Jesus?Singles
X
X