The filmmakers of “UnMarried: the Rise of Singleness” are not alone in their views that singleness and delayed marriage are significant concerns in today’s church. In his 2004 sermon, “The Mystery of Marriage,” Albert Mohler, president of Southern Baptist Seminary addresses the “sin” of singleness.

Mohler states that in 1 Corinthians 7:7, Paul is referencing his own gift of celibacy, which according to Mohler is a gift most single adults do not possess. He states that if you are not one of the rare few with the gift of celibacy–the ability to happily live out your days without sex or the desire for sex, then you have conversely been given the gift of marriage. So get to marrying.

Mohler continues to say marriage is not a lifestyle option but a scriptural “expectation … adulthood equals marriage” and that delaying marriage can be a sinful act. “Our responsibility as a counter–cultural people, claimed by God’s grace, purchased by Christ’s blood, is not just to be men and women…but to be husbands and wives and fathers and mothers.” He states that single Christians are slothful and revel in a life free of responsibility and accountability and therefore put off marriage indefinitely, despite their Christian responsibility to marry sooner rather than later.

Mohler is certainly not as extreme as the UnMarried movement, however. While he does put forth a view that marriage should be actively sought and achieved at an early age (preferably by age 20), he does not go so far as to indicate that one should get married for the sake of marrying alone. Mohler exhorts his listeners to be actively seeking marriage, and not consider it as part of a lifelong “to do” list to be checked off once you are properly educated, employed and established as full-functioning adult. Rather, he contends that Christian singles should “remember that your role [in seeking a spouse] is faithfulness. God is in charge of results and His timing or outcome for us may diverge from ours.”

“The Mystery of Marriage” raises several questions that Christian singles should address. Should Christians be actively seeking a spouse as early as their teen years? Is it sinful to delay marriage while you complete your education or ensure your financial security? And what does it mean to “actively” seek a spouse anyway? Finally, how should the church address these issues and minister to their single congregants?

Church Complete in Christ Culture Identity Relationship
Single Sinner2013-07-252016-03-10https://www.tfoministries.org/wp-content/uploads/2016/02/TFO-Table-for-One-Ministries-Ministry-for-Singles-and-Leaders-to-Singles-150x50-Main-Logo-White-Letters-333333-Background-1.jpgTable for One Ministries: Ministry for Singles and Leaders to Singleshttps://tfoministries.org/wp-content/uploads/2013/07/TFO-Table-for-One-Ministries-Ministry-for-Singles-and-Leaders-to-Singles-Blog-Single-Sinner.jpg200px200px
About
Amy Dinwiddie 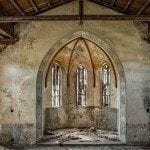 Is Singleness Causing a Downfall of our Churches? Our Nation?Leaders to Singles, Singles 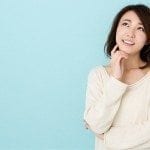 Is Me Being Single the Problem?Leaders to Singles, Singles
X
X