Will Marriage Fix My Sexual Desires?

“But if they cannot control themselves, they should marry,

for it is better to marry than to burn with passion.”

Marriage is more than a fix for sexual desires.

In 1 Corinthians 7, Paul addresses marriage to the married, single, widowed and divorced adults. In light of the above passage, how can any person choose to be single with such a burning sinful desire of passion? Are singles strong enough to control their sexual desires?

Prominent speakers have suggested that to be single is in effect an open sin as it is nearly impossible to abstain from impure thoughts while single. The fallacy in this opinion is that married persons do not have such thoughts, which is clearly not the case. Divorces are often caused by infidelity originating from sinful thoughts. Marriage does not fix sin, only being Complete in Christ can help fight against sin nature.

God’s Word instructs us to be strong and bold. Sexual desires are controlled–but only with God at the center of a relationship. As a relationship develops, it is not always easy. But God will reward the couple who chooses to wait. Self-control seems to be a major part of the conversation happening in 1 Corinthians 7 as Paul wishes people to be single like himself but realizes that many are too weak to do so.

This goes along with the same conversation for singles with “the gift of singleness” spoken of in verse 7 of the same chapter. The idea is that no person is strong enough to control their sexual desires and if there were such a person, they would truly have this “gift” of singleness. Yet, control is not what we, as sinners, as humans, have.

We, at Table for One, believe marriage is more than a way to fix a sexual urge. It’s a lifetime commitment. It’s a sacred relationship centered on Christ. It is not just a way to correct sin, Christ died for our sins on the cross and rose again defeating the grave and overcoming this world. Therefore we need to value marriage for what it is, a covenant between two people and God until eternity.

In this conversation, Paul is almost suggesting with a bit of sarcasm or frustration that as a last resort, the very weak should just get married if they can’t control themselves. Paul is writing with all seriousness that marriage is important and has its place, but above all, is serving the Lord with all of your heart, soul, and mind.

Marriage should be a calling to bond with another person, not a tool to fix sin.

Addiction Commitment Loneliness Marriage Relationship
Will Marriage Fix My Sexual Desires?2019-04-122019-04-24https://www.tfoministries.org/wp-content/uploads/2016/02/TFO-Table-for-One-Ministries-Ministry-for-Singles-and-Leaders-to-Singles-150x50-Main-Logo-White-Letters-333333-Background-1.jpgTable for One Ministries: Ministry for Singles and Leaders to Singleshttps://tfoministries.org/wp-content/uploads/2016/03/TFO-Table-for-One-Ministries-Ministry-for-Singles-and-Leaders-to-Singles-Blog-Will-Marriage-Fix-My-Sexual-Desires-.jpg200px200px
About
Table for One Ministries
Building Community for Single Adults Through Discipleship.

A Single Budget: So What’s the Plan?Singles 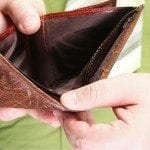 A Single Budget: How Can I Have a Life When I Have No Money?Singles
X
X