The Emperor Has no Clothes: Bruce Jenner and Gender Dysphoria

Something is wrong; horribly, disturbingly wrong. And it has to do with the way our culture celebrates a mental disorder. Bruce/Caitlyn Jenner has brought to the forefront a condition that is growing in notoriety in our culture today, Gender Dysphoria.

This public spectacle reminds me of the old fable, The Emperor’s New Clothes. In this story, the Emperor’s vanity has allowed him to be duped into believing that he is wearing magical clothing that can only be seen by those who are wise. He doesn’t see the clothes himself but is afraid to say so for fear of being labeled a fool. In fact, no one sees the clothes because they do not exist, but no one will speak up for the same fear. One day he parades through town with his new “clothes” until one little boy has the courage to speak up and tell him that he is in fact naked.

Back to Bruce Jenner. Those who suffer from Gender Dysphoria, also known as Gender Identity Disorder or G.I.D. for short, have strong feelings that they are the opposite gender of their biological reality. Often they choose to have their bodies altered to reflect what they feel to be their true identity. This is what Bruce has done and now his decision is celebrated and applauded by nearly every media outlet.

As a Christian I struggle with knowing how to react when the culture celebrates someone’s decision to chase their happiness through drugs, hormone therapy, and gender reassignment surgery. I want to know what I should do, what I should say. Should I just remain silent? Celebration and applause doesn’t feel right. If I speak about my misgivings will I be castigated in the court of public opinion? How do I speak words of hope and healing when I don’t understand what people like Bruce, or Caitlyn, if you prefer, are going through?

I begin with two truths from God’s Word. First, God created us male and female (Gen 1:27). Second, there was intention in how each of us was created (Psalm 139:13-16). We can, therefore, deduce that the gender we are born with is not a mistake. We are who we are because that is God’s will for us. If I decide not to follow God’s will for my life, God calls that rebellion. Now there is something I know a little something about (a lot, really).

So back to how I react when faced with the media storm surrounding Bruce Jenner. First, I react with love, love for a fellow human being who needs the love and mercy of a righteous and just God. Then I speak the truth in love. Bruce Jenner will not find peace in being someone other than who God has created him to be.

There is only one way to peace, hope, and joy in who you are created to be. It is found in Jesus. Placing my faith and trust in Him means that I trust that He created me just the way He wanted me. I am not too short, my skin is not too pale, and I am the gender He wants me to be. All feelings to the contrary are a rebellion of who God has created me to be and therefore sinful. All sin leads to death (Rom 3:23) and for anyone to encourage others to revel in their rebellion is not helpful; it is destructive and mean.

I just feel like someone has to speak the truth!

Complete in Christ Evangelism Identity Ministry News Same Sex Attraction
The Emperor Has no Clothes: Bruce Jenner and Gender Dysphoria2015-06-032016-04-06https://www.tfoministries.org/wp-content/uploads/2016/02/TFO-Table-for-One-Ministries-Ministry-for-Singles-and-Leaders-to-Singles-150x50-Main-Logo-White-Letters-333333-Background-1.jpgTable for One Ministries: Ministry for Singles and Leaders to Singleshttps://tfoministries.org/wp-content/uploads/2015/06/Copy-of-TFO-Table-for-One-Ministries-Ministry-for-Singles-and-Leaders-to-Singles-The-Emperor-Has-no-Clothes-Bruce-Jenner-and-Gender-Dysphoria.jpg200px200px
About
James Brown 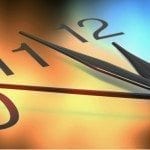 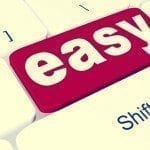 Who Pushed That Button?Singles
X
X